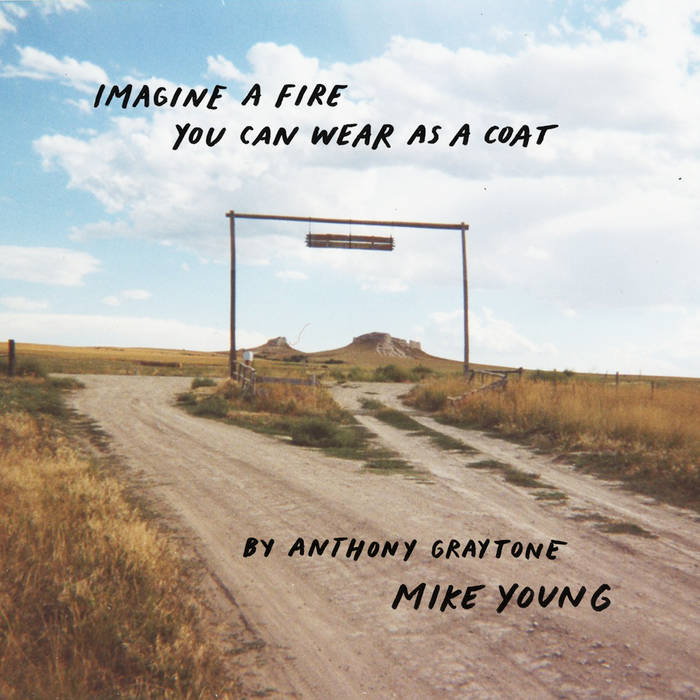 Mike Young is the author of Sprezzatura, Look! Look! Feathers, and We Are All Good If They Try Hard Enough. He publishes NOÖ Journal, runs Magic Helicopter Press, and lives in Portland, OR. Find him online at mikeayoung.tumblr.com.

Waves of thanks to Jenelle Stafford for cardamom in the coffee, sand in the shoes, forests in the forests, love on the team.

Cakes of thanks to the great Kelly Schirmann for being the oracle on the bike to the bats down by the lake.

Orchids of thanks to Rachel B. Glaser for being a wonderful marathoner companion in Black Cake immortality. (These albums' secret doublepak title is 120 North Street).

Licks of thanks to Alan Brandsted for letting me borrow his fancy guitar.

Winks of thanks to Mark Cugini for offering to come up with backstories for my fake Garageband drummers.

Sweats of thanks to Anthony Graytone himself for breaking into my apartment and holding me hostage for two weeks while I made this album. He wore a train conductor's hat. He lived off dried apricots. Whenever he took a shower, silt came out of the freezer. Whenever I said "But that part's not perfect" or "I am not good enough at ___ to make this sound like it sounds in my head" he threw apricots at me until I went ahead and accepted whatever half-ass shit I'd done. Sometimes I tried to give up. I'd sneak out late at night and throw my very cheap microphone into the Willamette. And then I'd think Anthony Graytone was gone, and I'd take a nice afternoon nap, and Anthony Graytone would wake me up at dusk, sopping wet, screaming at me and slapping me with the microphone, which thankfully didn't hurt that much because it wasn't very heavy because it is so cheap. Anthony Graytone is responsible for all the songs on this album, even though I wrote them all, sang them all, recorded them all, played all the instruments, etc. Goddamnit Anthony. He didn't even find the train sounds. But when the album was finally done, I came home at high noon to find Anthony gone, train conductor's hat hanging from a needle of my cactus, a note tucked inside: "Next up is don't water this cactus too much. It doesn't grow that way."